What To Do When It Rains In The Lake District?

I don’t think we’re breaking any news that it rains in the Lake District. The lush green fells need a regular soaking to keep themselves looking so good. But what to do when the heavens have opened? First of all; don’t worry, there’s loads of great things you can do when it’s raining in the Lake District, and in the surrounding area.

Things to do around Keswick 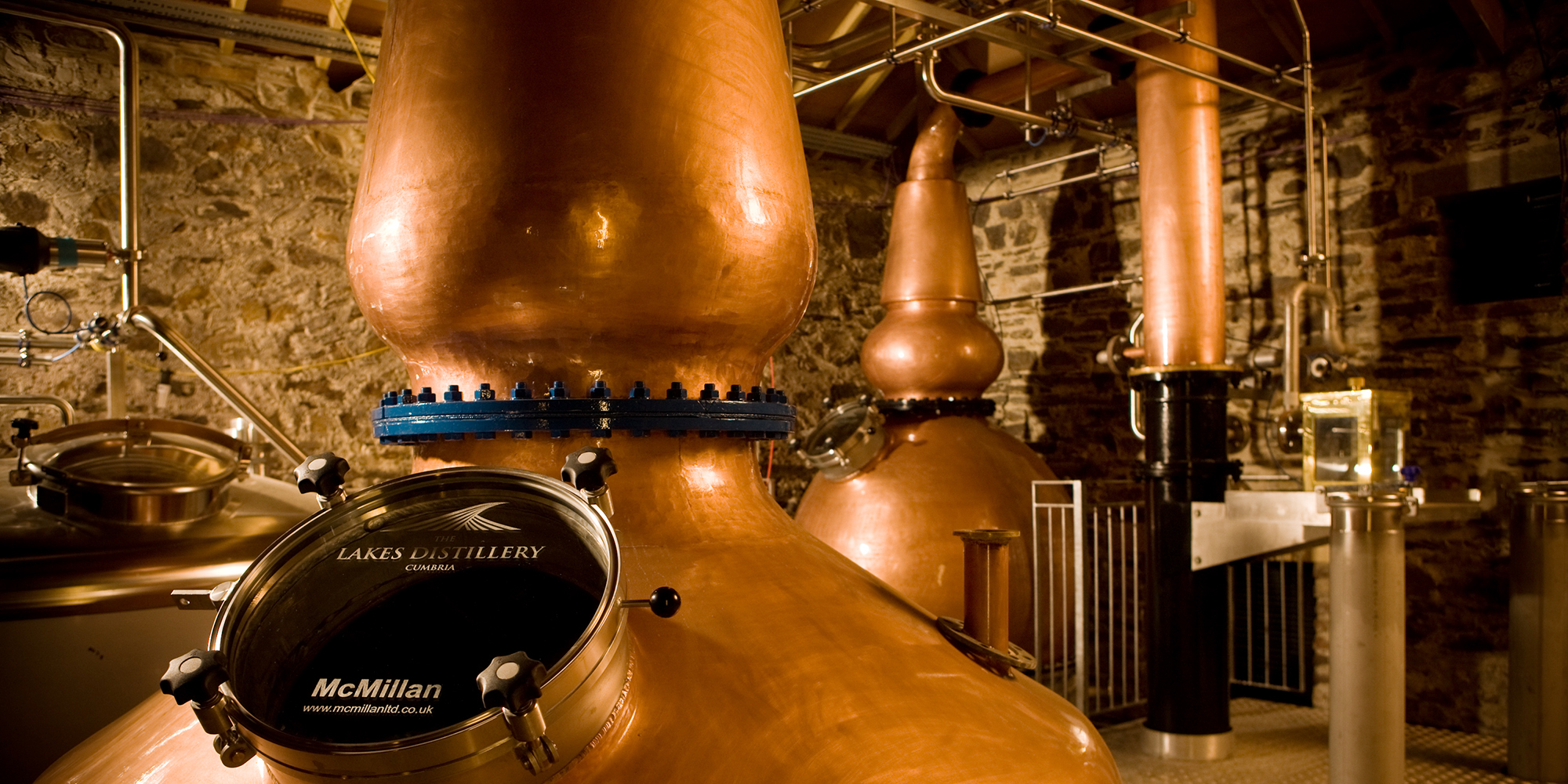 There’s lots of things you can do around Keswick when it’s raining. From the bustling markets and quaint cafes of the town itself, to the sophisticated distillery tours and historic mining museums. But for those who like to keep active the old slate mines at Honister are an ideal dryish activity, while the Keswick climbing wall also boasts a cafe! Here’s a few of our ideas for you

The Lakes Distillery
Fine food and extra fine booze. What’s not to love. Not just a maker of exquisite gin, The Lakes Distillery is the crafter of the finest English Whisky. As well as tours of the distillery there are numerous tasting experiences and a delicious bistro.

Keswick Brewery
You can never tour too many breweries! Keswicks brewery not only offers tours, but also has its own bar.

Honister Slate Mines
Learn about the fascinating history of slate mining in the Lake District while exploring the old mine shafts.

Threlkeld Railway and Quarry Museum
Pan for (fake) gold while you wait for the narrow guage train to take you up the steep track to the top of the mine where you can explore old exavators.

Keswick Launch
Huddle inside one of the Keswick Launches and enjoy the spectacular scenery around Derwent Water.

Kong Adventures
Whether a total novice or experienced climber Kong Adventure, in the centre of Keswick is a great active wet weather option. 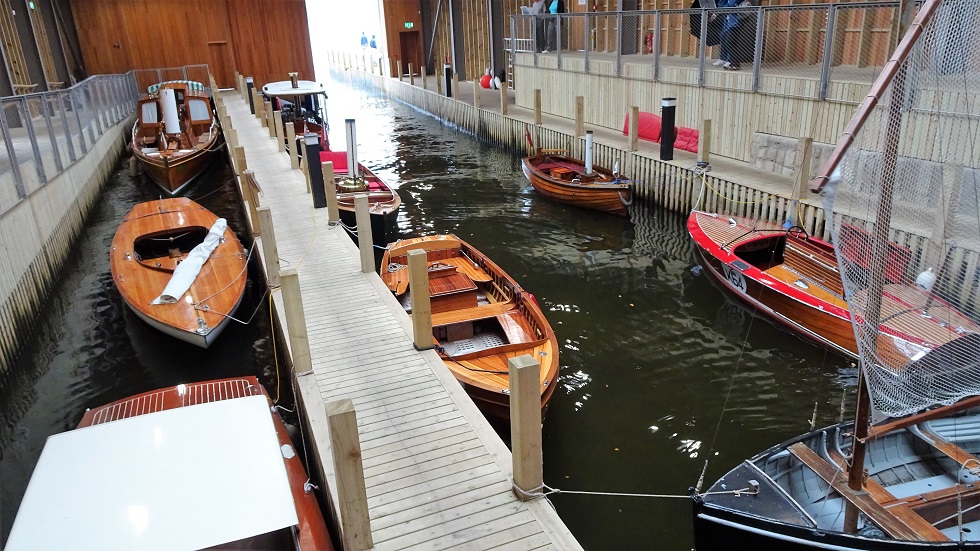 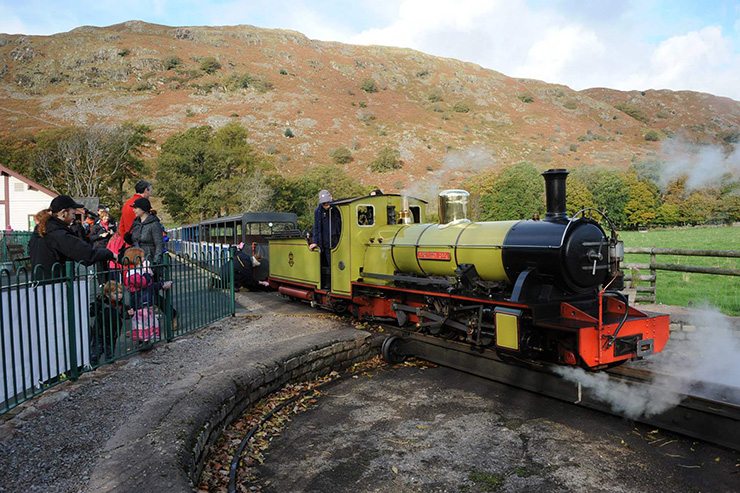 Get On The Water Self Drive Motor Boat – All the main lakes have self drive motor boats available to hire. Most have an en closed cabin so you can enjoy the beauty of the lakes, but in the comfort of the sheltered cabin.

One last option; grab a coat and get out for a lovely walk in the rain. If the weather forecast is bad then we wouldn’t recommend doing anything to high or out of your comfort zone. But the rain gives a whole new dimension to the views you’d normally get. Particularly round tarns and lakes. As Billy Connolly says: there’s no such thing as bad weather, just bad clothes. So grab ya wellies and enjoy the Lake District at one of its finest moments.

After purchasing the land we were delighted to see stretches of new fencing along the tracks; however once we started putting sheep in the fields it was like a leaking ship. Actually it was more like the Mary Rose at points with not just agile lambs, but lame ewes escaping.

It transpired that shortly before the sale the previous owner decided to start putting in some new fencing, but before they could finish the job the land sale went through so some fields wen’t livestock proof. The crafty ewes had not only found their way onto the main track, but got under a second fence into a second field, broke through a third fence back onto the same initial track but on the other side of the gate and then into a third field. Confused? Welcome to herding sheep.

We have a complex contract; in that we are in charge of maintaining the land, including fences. Trevor, who rents the land, hasn’t said anything, but he’s too nice. So I decided to go and try to fix the fence.

Previously I’ve only seen 2 or 3 ewes in the escaped fields, but as I arrived to fix the fence I was confronted by dozens of ewes! Crap.

After fixing the gap under the fencing with a couple of old wooden gates and rocks I began to herd the old girls back in through the gates. As I calmly guided them with a readable amount of directional pressure they all made their way nice and calmly into the field. Boom, job done. I closed the gate and felt quite elated. But I’d missed one. Bugger. Sheep have a herding instinct, when they get scared the mass together and follow a leader. So 100 sheep can be easier to move than 1.

The dumb ewe kept trying to get through a gap I’d boarded up, but one that was under shrubs so I just couldn’t get close to grab her. In the end she bolted into the 3rd field. As I approached I saw another ewe in there; no problem I can grab the two of them, job done. But once in the field I could see was a whole flock in there. That was it, towel thrown in, time for the experts on 4 legs. There’s no human match to a good working collie, so i called Trevor in with his dog Roy.

While pissed I missed the one ewe there was great self satisfaction in fixing the fence and moving the majority in a fairly calm chilled movement.

The fence fixes were only temporary, once I’ve got over a recent bug I’ll have to get down and do something more permanent. I’ll keep you posted.

The Dodgy Syringe and the Lamb

Back in early March we noticed 12 Herdwicks had escaped from the far fields (which used to be Low Nest land) into the Hogget field (ours). I did briefly attempt to herd them back into the field, but without a dog and a large expanse of area it’s just too hard. So had to leave them. I later heard that these escapees totally disappeared, no sight or sound has been spotted of them!

Sadly; they’d escaped through a gap in a bit of fence we have responsibility for. The whole stretch is knackered and needs replacing. I’m happy to do internal fencing, but we prefer to get any boundary fencing done by a professional, just because their fencing is generally stronger.

The local lads for the job are the Birkett brothers, but we hadn’t met them yet. A couple of days ago Johnny popped over to give a quote for the new fence.

We took his pickup down to the job and chatted as we went about the work he’d done on the land previously and about his families farm on the other side of the rigg in St Johns in the Vale. They’ve also got the contract to rebuild all the walls from the United Utility pipelne work.

On our way back up, and after I got in the van having just shut a gate Johnny was laughing and holding a very obviously agricultural syringe he said:

“Ha ha ha, just realised how odd it must look with all these syringes around.”

“Nah, that’s not bad. The dead lamb in your boot’s a bit odd mind!” I replied.

We laughed, but that is life at this time of year.

Plastic waste in the field?

As we walked through Big Mead field I noticed something shimmering on the grass. As we drew closer I started to question how a plastic bag, or something like that, could have found itself in the middle of the field? It got me a little bit angry. Then I saw it was a helium balloon, which could have been let off deliberately, and I got really mad. But then I read what was written on it. All over the now deflated balloon we messages of love and memoriam to a grandmother.

We grabbed the ballon and carried on walking to the old barn. As we sat and enjoyed the warming suns rays we got to discussing the balloon. Over the last couple of years there has been a shift in public mood around releasing balloons, primarily led by farmers who are concerned about livestock eating them. But livestock are famously picky eaters, no sheep went anywhere near this one. The case of them littering the countryside and polluting the oceans is much stronger. However, and maybe we’re too compassionate, for some people writing a message of love to a recently deceased family member and watching it saw into the heavens can be a release and comfort them when they really need it.

Sky lanterns are a whole different thing. Even the paper ones that won’t be digested by livestock are dangerous. We realised that if one of those was to land in the Bottoms field with it’s brittle dry reeds then we’d have a fairly large fire on our hands. When we were in the lifeboat we were constantly called out to people mistaking a sky lantern for a flare!

We really don’t want it to be a regular occurrence, but don’t feel too bad if somebody in your family wants to write on a balloon and release it. Just try and get one the biodegradable ones and lets not make it a common thing!

Snuggled in the Northern Lake District fells we offer our own little Lakeland escape with 3 beautiful and spacious dog friendly studio apartments. Offering self catering accommodation and stunning views across one of the Lakes most majestic valleys